Ambazonia Foundation is a US registered, non-profit [IRS 501(c)(3)] organization.

Ambazonia Foundation was created to fund-raise and support the needs of people of the former Southern Cameroons who are affected by the on-going and continued repression by the government of La République du Cameroun.

The name 'Ambazonia' was coined from Ambas Bay, the bay whose waves wash ashore the land once called Southern Cameroons, part of a UN Trust Territory from 1954 - 1961. Southern Cameroons was the name assigned by the Administering Authority of the UN Trust Territory, the United Kingdom of Great Britain and Northern Ireland. Whereas the Charter of the UN stipulated that trust territories would emerge from trusteeship to either self-government or independence, Southern Cameroons got neither. It reluctantly participated in a UN sanctioned plebiscite in 1961, not to attain self-goverment or independence, but rather to chose between " achieving independence by joining" the independent countries to the east or west of it. 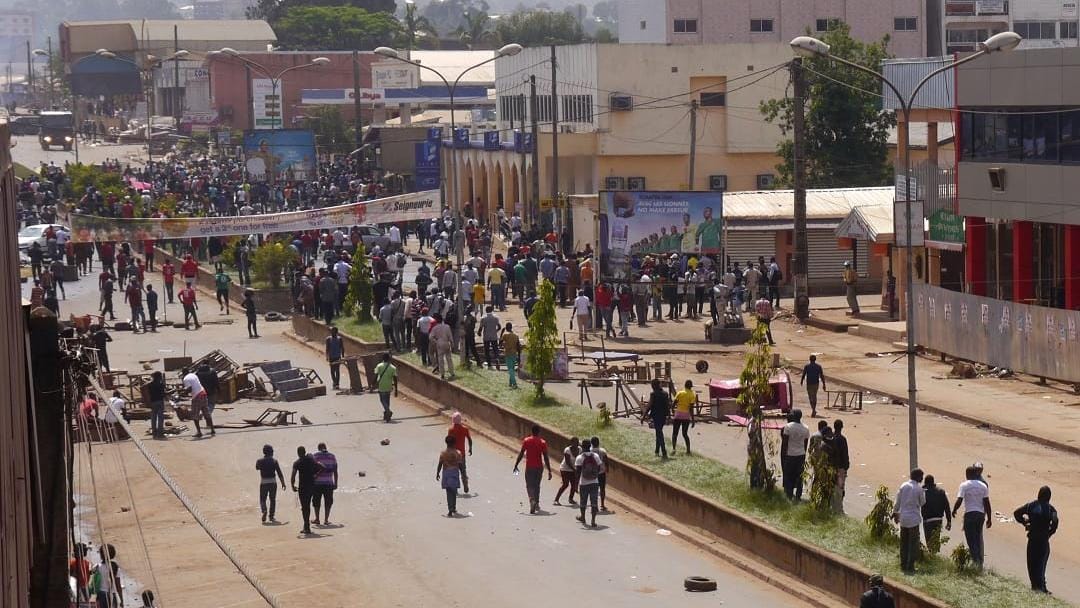 Unfortunately, weeks after reunification, the goverment of La République du Cameroun started the process of dismantling the federal structure that was put in place and was supposed to safeguard the interests of Southern Cameroons in the union, and also celebrate the vibrant diversity of the peoples taking into consideration the multiplicity of official (English and French) and unofficial languages, the different legal system (common law and civil law), the different educational systems and more. The dismantling of the Federation was completed on May 20, 1972. 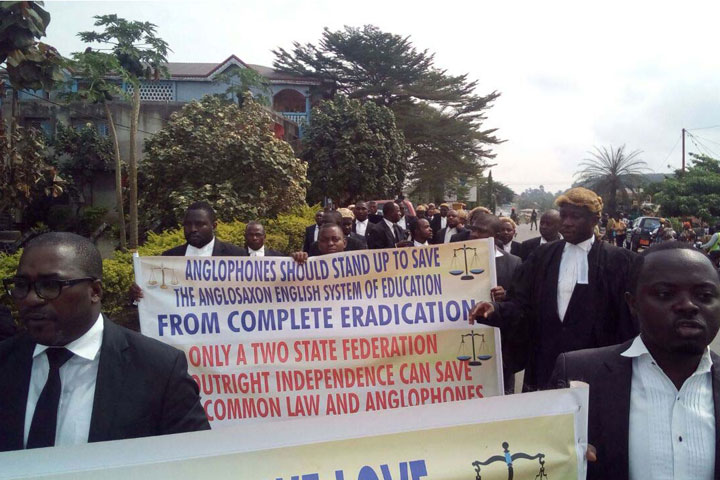 After that date, the pace of integration of the people formerly known as Southern Cameroons accelerated. Efforts were made by the government to harmonize educational systems, essentially assimilating the English sub-system into the majority French educational system. The majority of economic institutions that came over from Southern Cameroons were killed off by the goverment in favor of counter-part organizations in the French speaking part of Cameroon. Educational opportunities for English-speaking students beyond high-school almost did not exit from 1961 - 1993: English-speaking students had to struggle through French-speaking universities and vocational schools.

th the goverment countless times - to restore institutions that would protect the diversity and economic interests of this minority population. The goverment lent a deaf ear and returned empty promises. On the issue of governance and a return to a federal system of government, the Government updated the constitution in 1996 to implement its form of a federation, called 'decentralization'. Even those half-hearted attempts didn't materialize.

In October 2016, facing the prospect of not only almalgamating the common law and civil law systems but subverting the common law system in favor of civil law, the laws union in the two English-speaking provinces called for a non-violent protest. A month later, the teachers unions followed suit. When the goverment tried to subvert and suppress the protests with half-hearted overtures, and failed, they threw the leaders of the various unions with whom they were previously negotiating, in jail. Over a period of eight months, they incarcerated thousands of people, raped and beat thousands of women, and killed a few dozen. 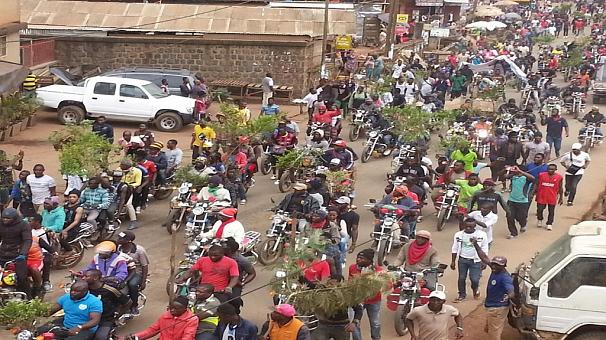 On September 22, 2017, the day the President of La République du Cameroun was scheduled to speak at the 72 General Assembly meeting at the United Nations in New York, massive peacefult marches erupted all over former Southern Cameroons, calling for a restoration of the Statehood of Southern Cameroons, per UN Resolution 1608 of April 21, 1961.

The goverment responded by killing over a dozen people. A little over a week later, the people of former Southern Cameroons staged another peaceful protest, this time, celebrating the symbolic independence of Southern Cameroons. To this, the government came out in force, and killed several hundred people. And the killing continues every day.